The facts about men’s mental health: No.1 – 75% of suicides are male

International Men’s Day on November 19 is a great opportunity to talk about men’s mental health. Here’s why.

Suicide is the leading cause of death for men under 55. Last year (2020) in Australia:

Compared with women, men are nearly twice as likely to die before 55. The 5 leading causes of death for women under 55 are suicide, breast cancer, bowel cancer, stroke and accidental poisoning.

When we talk about men’s mental health, male suicide is a big issue to consider.

*NB: Research by Beyond Blue has found that 75% of male suicide attempts attended by ambulance services were not linked to current mental health symptoms. 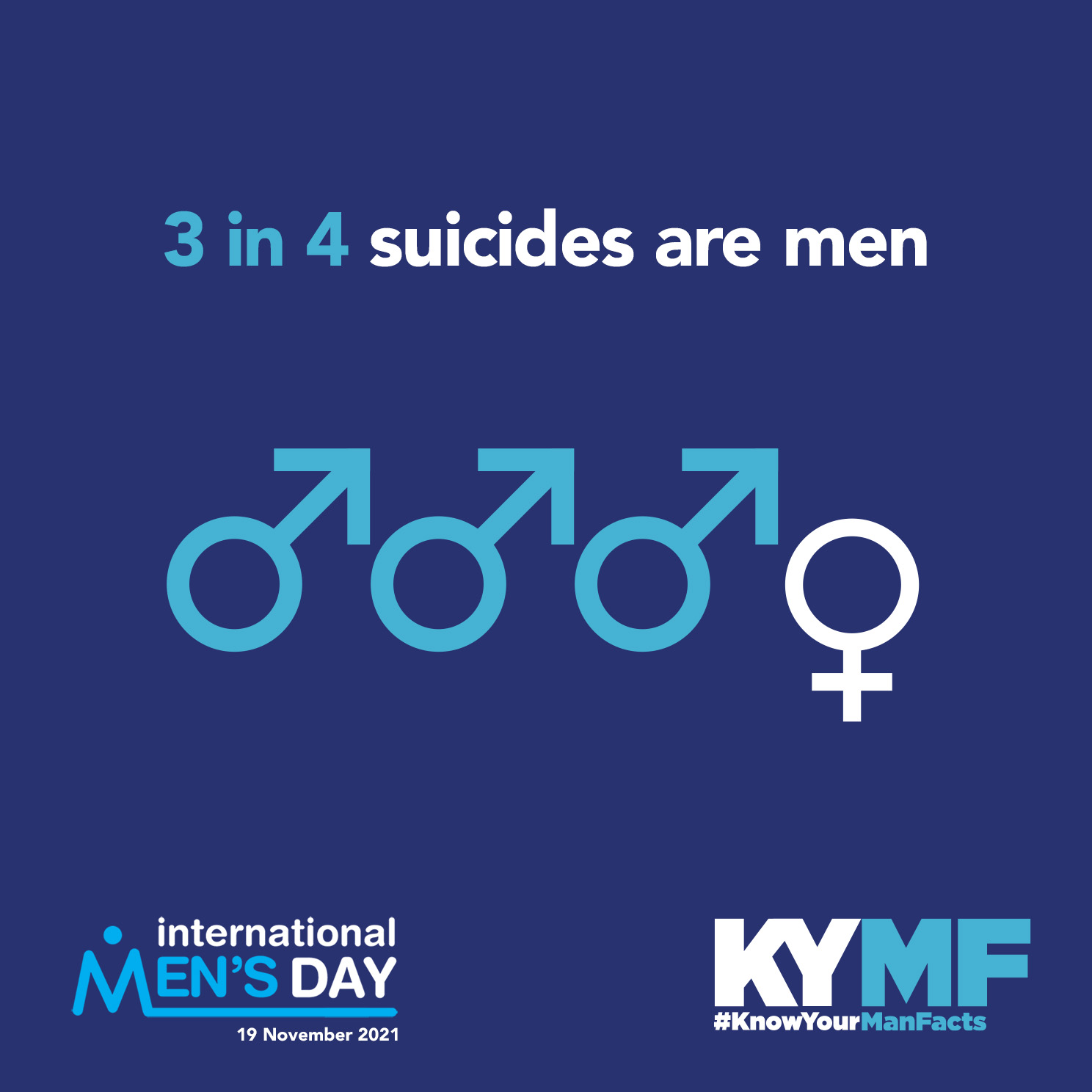 Suicide affects men of all backgrounds and ages in different ways. For young men and teenage boys, suicide is the leading cause of deaths. Most suicides happen in men of working age and men over 85 have the highest rate of suicide (though the number of suicides in men over 85 is relatively small as there are fewer men in this age group).

Men from certain backgrounds have a higher risk of suicide including Indigenous men, men with lower socioeconomic status and rural men. Males who are gay, bisexual and transgender are also at increased risk of attempting suicide.

So obviously male suicide is a serious issue and 3 in every 100 men will die of suicide.

Tomorrow we take a look at mental health more generally. How many men will have a serious mental health issue like depression or anxiety in their lifetime?

If you would like to learn more about this topic and give a Know Your Man Facts presentation on men’s mental health, please email your request to [email protected]