Before answering this question, well might we ask, what is a good job?

Perhaps the good job comes with some irresistible perks. Paid leave. Parking. A healthy and safe work environment. A boss that praises you and suggests you take an early afternoon ...

Which begs the question, what is a bad job?

And whose business is it what business you're in anyway? After all, TV crime boss Tony Soprano told everyone he was in waste management. "Money flows uphill, shit flows downhill," he famously said.

The Tough Guy Book Club invites men to join its ‘chapters’ all over Australia to discuss a chosen book of the month and anything else its members want to share, typically in a pub setting. But when introducing themselves, new members are not allowed to mention work.

“Tough Guy Book Club is a chance to talk about anything but your work – It’s a chance to be yourself instead of your job,” states the organisation.

Other groups connecting men socially, such as The Men’s Table, Mr Perfect Barbecues, The Man Walk, Dads Group, Average Joes and Grab Life By The Balls to name a few, are there to support men and not to examine or judge their employment, or lack thereof. 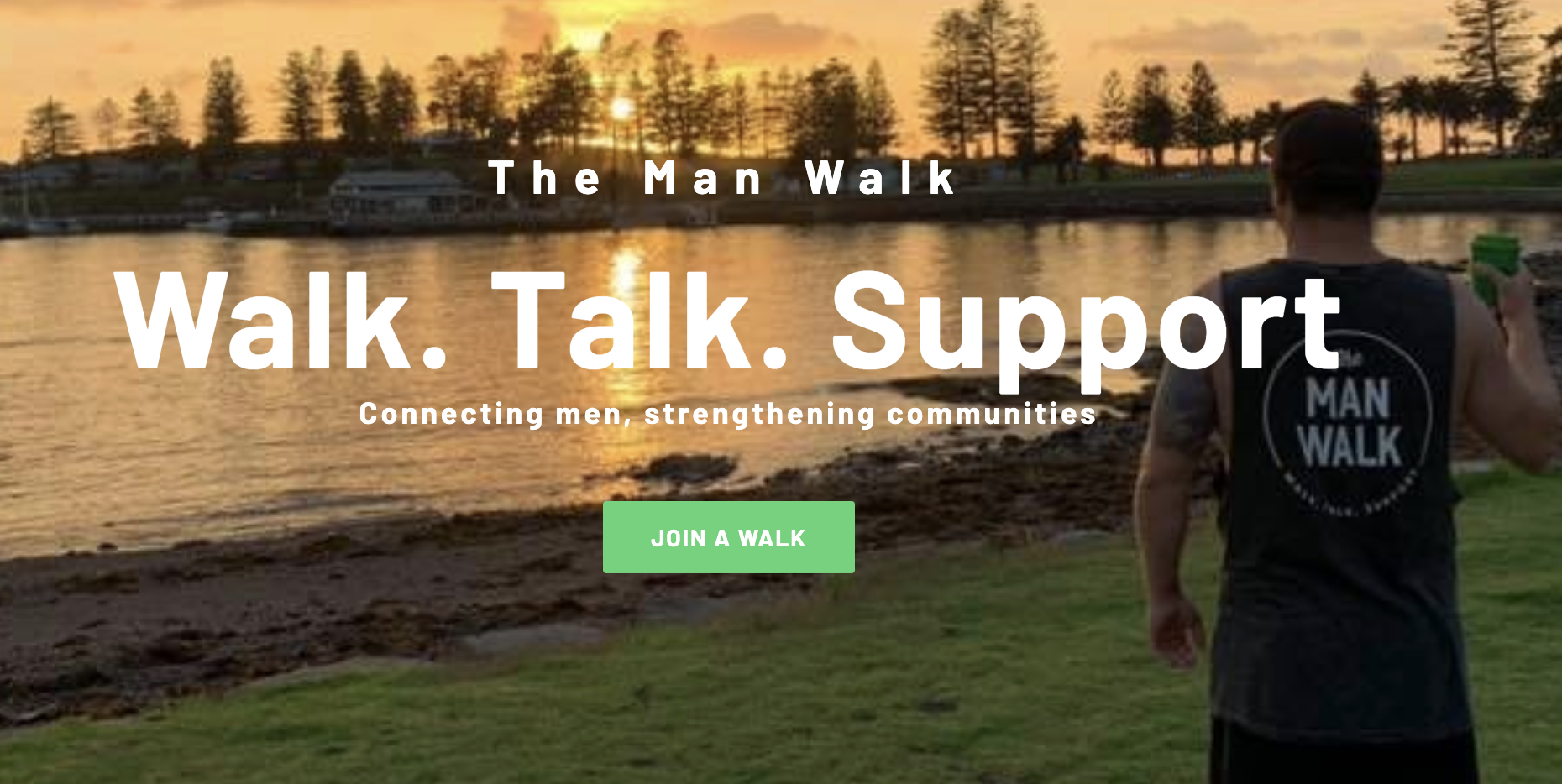 Some take the view that men are too hinged to their work and may suffer or lose their sense of identity once they retire, or lose their job and face prolonged periods of unemployment.

Last year, the Harvard Business Review told the story of ‘Dan’ a partner in a big Boston law firm. Dan found himself curled in a ball on the bathroom floor one day after he lost any sense of meaning at work. And he didn’t know who or what he was beyond his identity as a high-powered lawyer.

“Psychologists use the term “enmeshment” to describe a situation where the boundaries between people become blurred, and individual identities lose importance,” wrote psychologist Janna Koretz. “Enmeshment prevents the development of a stable, independent sense of self.”

Some people experience this with another person such as an intimate partners or intense friendship. Others, like Dan, get caught up in a perfect storm of career enmeshment and burnout, "A particular confluence of high achievement, intense competitiveness, and culture of overwork."

Read: What Happens When Your Career Becomes Your Whole Identity

What working can do

But working in ‘good’ or ‘bad’ jobs has benefits. The reality is that people need resources to survive: having a source of income that covers expenses provides security and may alleviate stress. Other benefits of being employed in work that you enjoy – key factor for any so-called ‘good job’ – include:

The Central Victoria Group Apprenticeship Scheme (CVGT Australia), which helps job seekers by picking the right path to sustainable employment, says being employed gives people ‘a sense of pride, identity and personal achievement’. There is an increased sense of happiness due to a sense of belonging. Makes sense.

Read: The 10 Benefits of being employed

Sociologist Scott Melzer, author of Manhood Impossible, said young boys are taught at an early age that traditional manhood is made up of two ingredients: bodily strength and control, and breadwinner status as a husband and father.

“Sure, it’s okay for men to kind of be co-breadwinners these days, but involuntarily unemployed men, or even some men who are stay-at-home dads, really struggle with not having a pay check. That hasn’t changed much, despite the fact that women are taking on breadwinner responsibilities,” he told The Atlantic.

How important is it for men to have a good job? 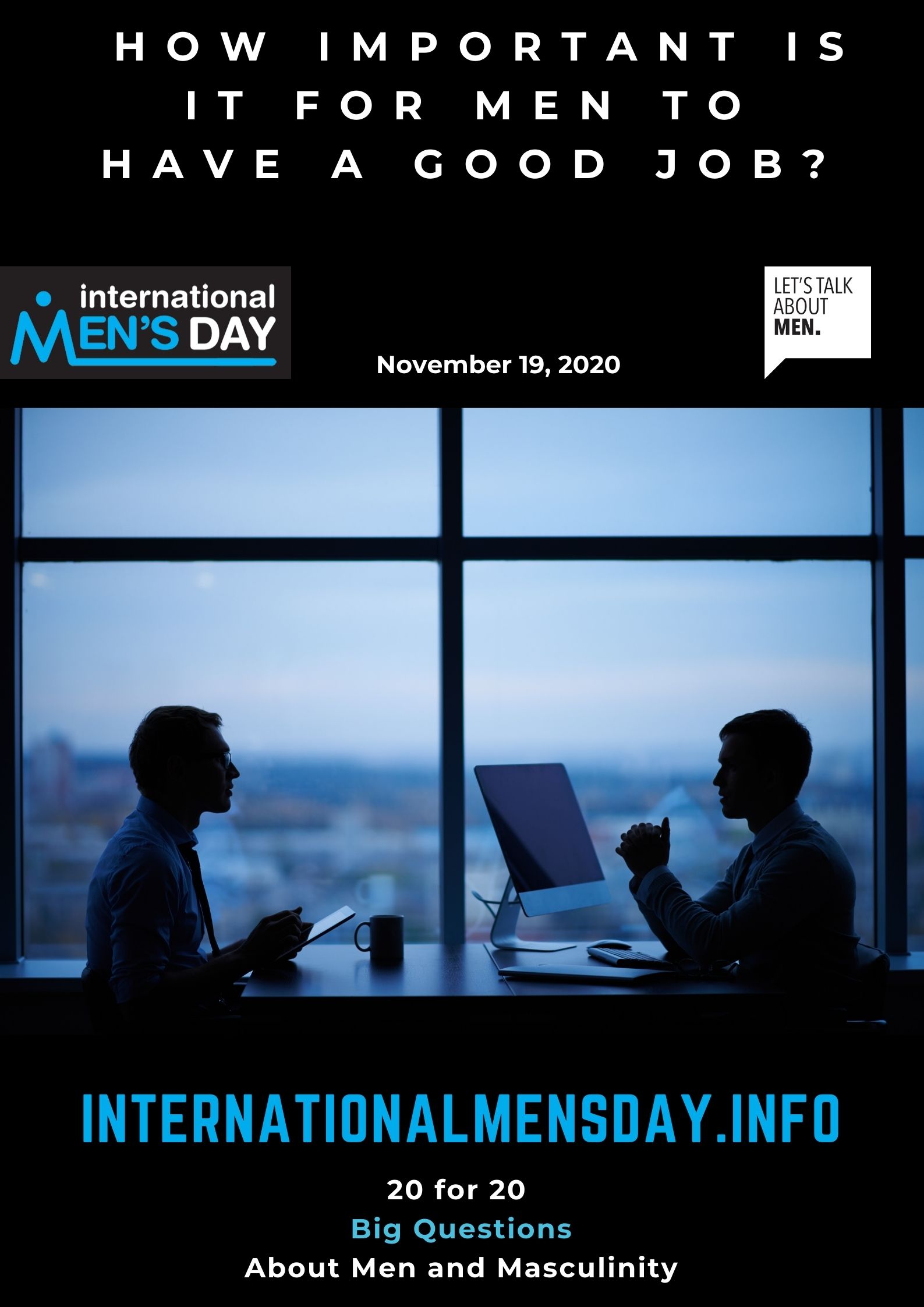