20 for 20: Who are the men who have had the biggest influence in your life and why?

The actor Matthew McConaughey, author of a new memoir Greenlights, talks warmly and extensively about the influence is late father had on his life … and continues to have since passing away sudden death in 1992 from a heart attack.

"My father had instilled a lot of values in me, but he was still alive. So subconsciously, we have a crutch that, 'Oh, if things get really tough, my dad had my back. He's going to catch me if I fall,'" he said. "He passed away, all of a sudden it's like, 'No, he's not there to catch you if you fall. So the things that he taught you, you better quit half-a**ing them and actually have the courage to enact them.'"

The Good Men Project says every man needs 4 mentors, because ‘learning to be a man requires input about so many things.’ Author Marc Schelske lists these as (1) A Relational Mentor, because life is all about relationships (2) A Financial Mentor, as money plays such a big role in getting by (3) An Emotion Health Mentor, to help navigate life’s ups and downs with courage and wisdom and (4) A Spiritual Mentor, with ‘the strength to skip past superficial answers.’

The Australian organisation, Mentoring Men, based out of Sydney, is a free service that carefully matches men with another adult male who is trained to listen, support and help define their goals. 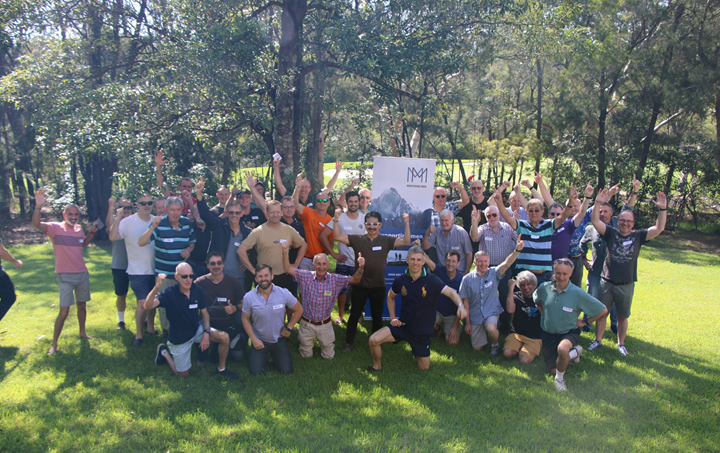 “I’d been a mentor to around 20 different people and I realised I wanted a mentor myself,  looked around to seek an organisation and couldn’t find anything. So, I wrote a proposal to set up a mentoring program,” founder Ian Westmoreland, a retired IT project manager, told Australian Men’s Health Forum.

READ: MAN ON A MENTORING MISSION

The Canberra-based group Menslink supports young guys going through tough times, pairing men who have survived their adolescence with young blokes aged 11-18 who are still on their way there.

“We show a young man how to be comfortable looking people in the eye and shaking hands, how to manage face-to-face relationships, how to talk to an adult in authority,” explains CEO Martin Fisk. “We teach young men how to control anger. They learn how to engage in the relationships they need to sustain effective and productive lives.”

FIND OUT MORE ABOUT MENSLINK

Mentors matter, from the earliest stages of life into the senior years, ‘sans teeth, sans eyes, sans taste, sans everything.’ 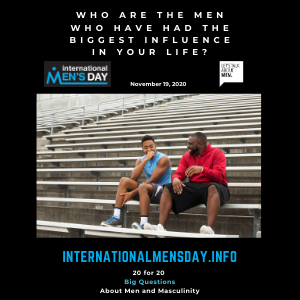 Associate professor Dr Michael Nagel at the University of Queensland is regarded as one of Australia’s leading experts in child development, and says having a male role model in early education was important for the development of boys, especially those growing up without a strong male figure in their lives.

“Those boys who grow up in absence of fathers or strong male role models suffer from far more problems than those who do, they are more likely to experience abuse, social disadvantage, mental health issues, and exhibit behavioural problems,” he told the Courier Mail.

“This is not to say that mums don't do a good job, but boys need male role models, in school in particular, it’s very sad – I’ve been in schools where there are no male staff bar the groundsmen.”

Who are the men who have had the biggest influence in your life and why?