If you want to get people Talking About Men on International Men's Day on Monday 19th November, but don't know what to say, then why not share one of these messages on social media?

Start with an easy message, by simply wishing the men and boys you know and care about, a Happy International Men's Day. 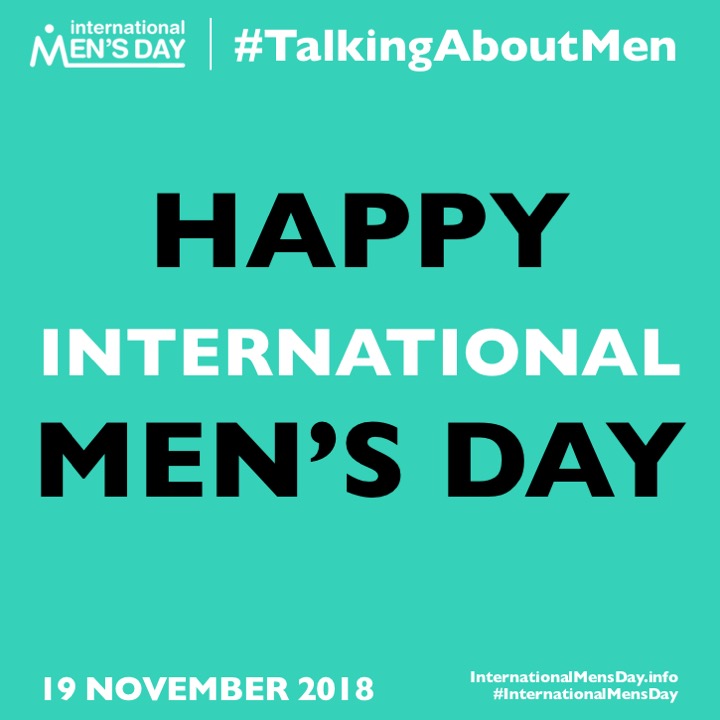 Encourage people to talk about men and boys by inviting them to #BreakTheSilence. Remember, talking men's issues isn't an everyday conversation so it may take some encouragement to get people talking. 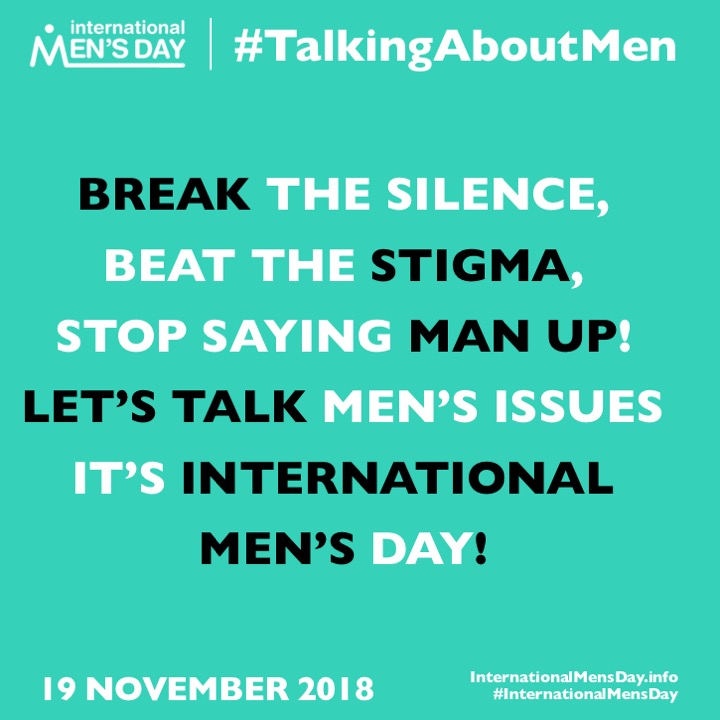 Maybe people don't understand why we need an International Men's Day and if that's the case then you could share this message with them. 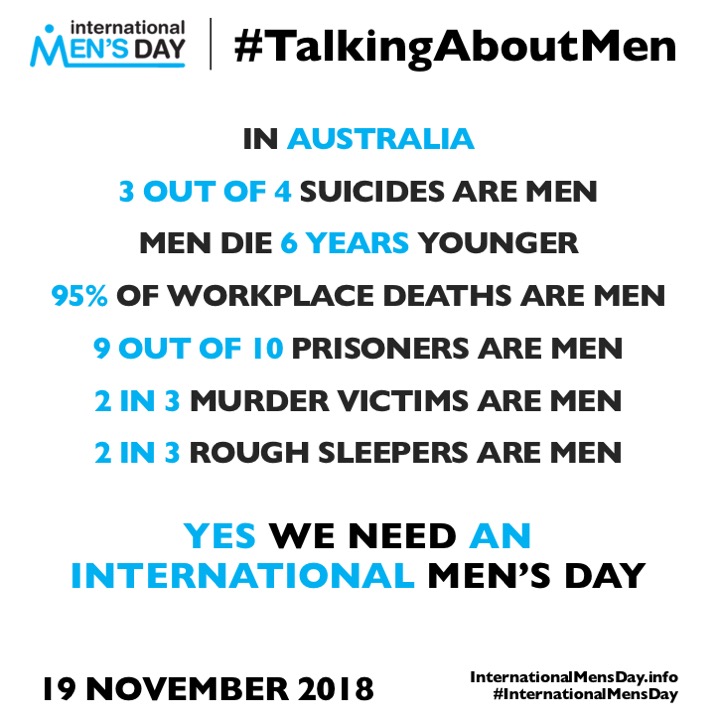 Message 4: International Men's Day is for Everyone

Some people can feel left out, while some try to exclude others who are different from them in some way. If this is the case, invite people to reflect on the idea that International Men's Day is for Everyone. 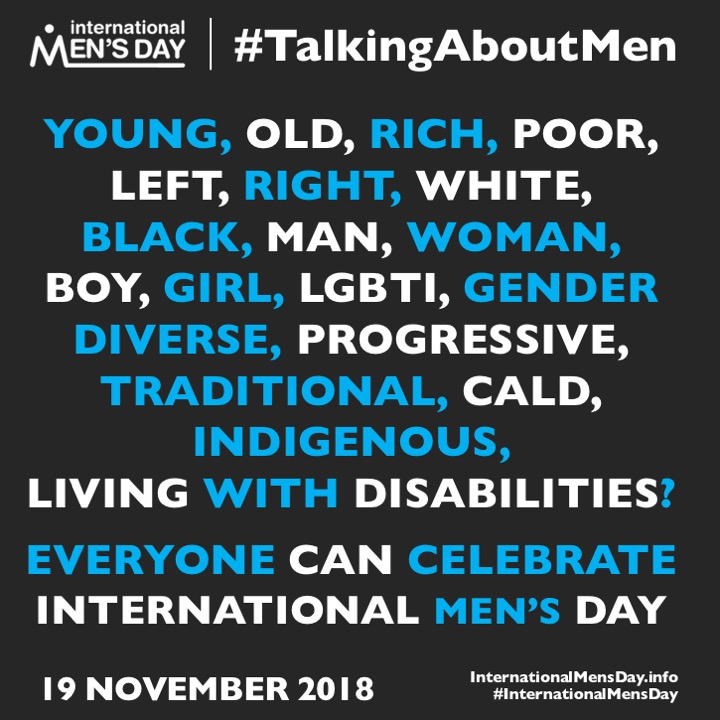 Don't believe anyone who tells you men don't talk, that's a gender stereotype. Men can and will talk, particularly when someone is willing to listen, so make sure you people who are interested in #TalkingAboutMen that you are ready to listen. 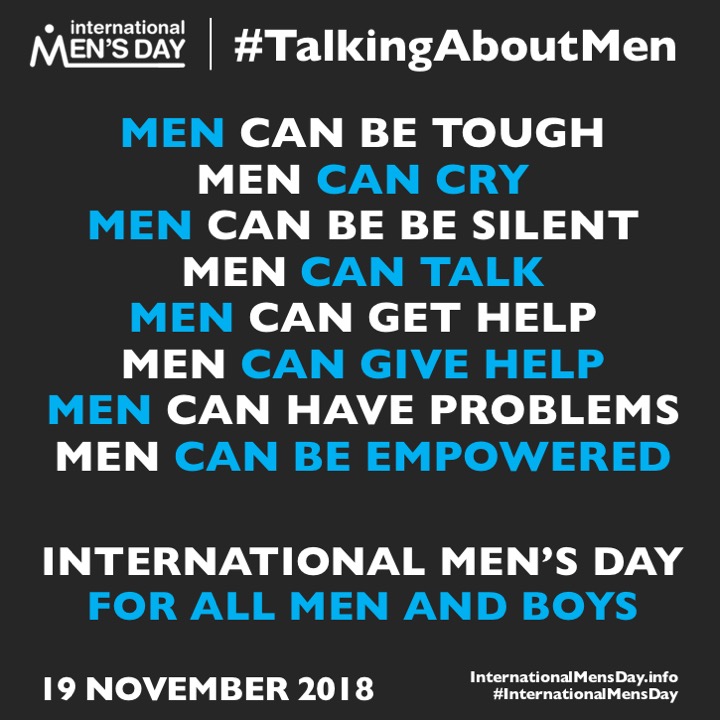 Message 6: Celebrate Male Role Models
International Men's Day isn't just about highlighting the issues that men and boys face, it's also about focusing on men's strengths and celebrating male role models. Be sure to tell the men and boys in your life why they are important to you. 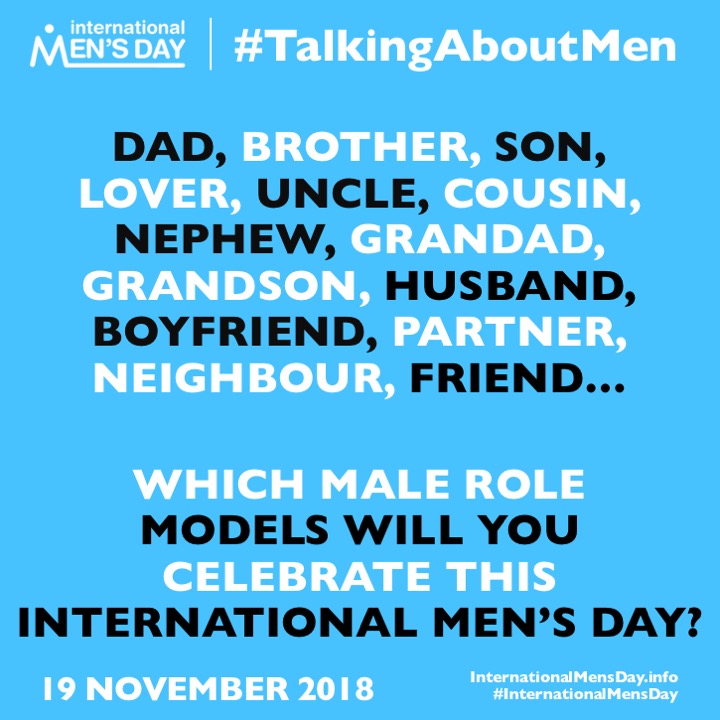