What are the masculine traits you most admire in men?

Asher Packman, founder of Warrior Within, is well positioned to respond to this question. Out of seemingly nowhere, the organisation he established several years ago to teach meditation and share his own journey, found an unexpected audience with men.

“It became clear that guys were looking for a place to meditate in the company of men,” says Asher, who runs a yoga and meditation studio in St Kilda, Melbourne called The Fifth Direction.

“A lot of feedback was that these types of places were feminine spaces. Digging inward and being free to allow whatever to come up to come up … in a room full of women ... was not feeling great for men.”

So Asher wrote a six-week program on the back of a napkin, “put it out there” and 25 guys signed up. He ran sessions from his home in Port Melbourne and Warrior Within took shape as demand continued to grow … until his neighbours started complaining and rang the police.

“As the circles became more robust and there was more structure, more work around anger management, they were getting louder, broad and deep,” says Asher.

The group used techniques of releasing painful emotions, which sometimes developed into stomping, yelling, crying, wailing and pounding of chests.

When the police showed up, they were surprised to see a bunch of guys with their shirts off, some with heads in knees and sobbing, others jumping into an ice bath.

“I was like, ‘This is for the good of the community, trust me.’ These men’s wives will be very pleased that they are here.” 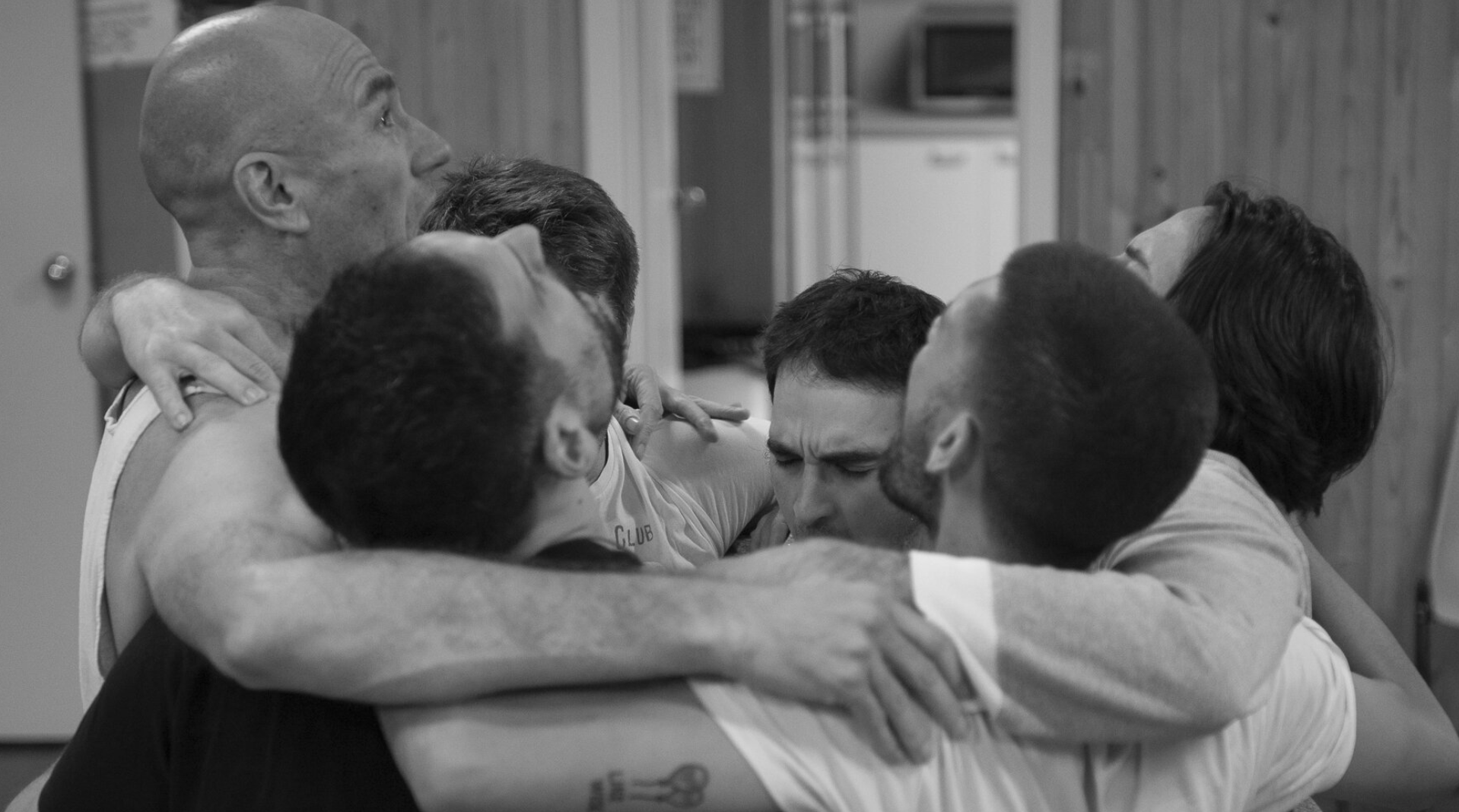 While the police quietly removed themselves from the scene, Asher realised he needed to relocate the men’s sessions to his studio. A dedicated Facebook group quickly expanded from 100 men to over 450.

The coronavirus triggered further expansion in Australia and internationally, as more men found it easy to access the Warrior Within programs from home with a range of teachers guiding them in breath work, physical training, story-telling and myth, work with elders, work on the feminine and meditation.

Asher says more men are coming to circle work, which he defines as “a bunch of men listening deeply”.

“This has been going on since the beginning of time. I’ve sat in circles in Africa where nothing is said for hours. It’s such an enriching, beautiful feeling,” he says.

“It’s an advice-free zone. It’s not about presenting a problem to a circle of men and having them fix you. The underlying principle is that no one needs fixing. You just need hearing.

“Men crave that brotherhood, but most men don’t know they crave it.

“The value of self-reliance is extremely distorted in a lot of men’s minds. Self-reliance is a strong masculine trait but it can be a blessing and a curse.

“Many men are walking around with a suit of armour on and nothing is allowed to pierce it. Eventually something will come inside that armour and you’ve got no tools.”

A marriage breakdown, job loss, a sudden health scare, a traumatic event. Some men want desperately to join a men’s circle and drop their guard. “It’s a man saying I am willing to take off my armour, or part of it. Maybe the breast plate,” explains Asher.

“The hardest part about being in circle is knocking on the front door and coming in.

“Some guys come for a while and drop off when they feel better. The ones who gain most show up week after week. It’s not a band aid solution. You’ve gotta be faithful to it, you’ve got to keep showing up. It’s not a counselling service or a professional health service.”

Before some extremely painful life events turned his world upside down, Asher Packman was a hard driven communications operator; vice president of the Fortune 500 company AOL Time Warner, and a globe-trotting PR guy who later founded his own agency, The Sauce.

“I thought that’s what life was. I came from a long life of depressive people, like suicidal depression,” he says. “I thought the way out of that was to make more money and be admired by others, to surround myself with material possessions, going through relationships one after another. It wasn’t until the universe gave me a couple of quick lessons, my sister and mother took their own lives and I got a cancer diagnosis. It really was ground zero. I ended up in a psych ward.” 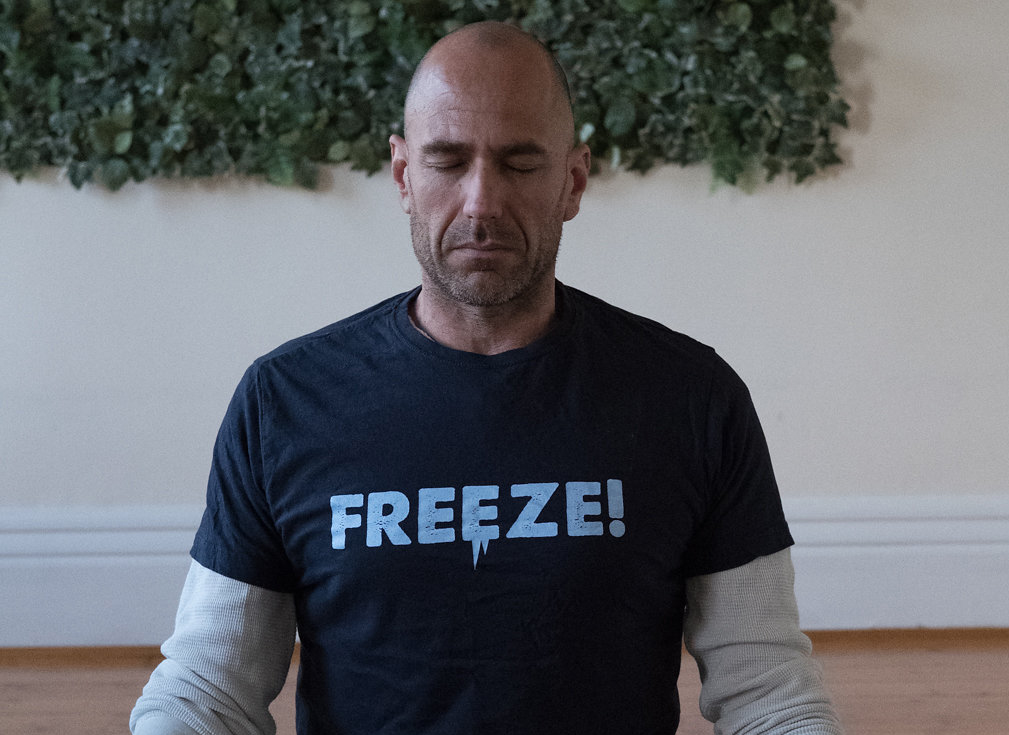 “What was I going to do with my life? I got into meditation. I realised I wanted to share my journey and teach this stuff, in the hope that all people can make these adjustments in their lives.

“Now I am much more content than I was back in the old days.

“I am now living a life of meaning and purpose. I get up every day and I love doing what I do. I feel like this is why I am here. But I needed those difficult things to happen.”

Warrior Within membership via website and app is $10/month which gives men access to resources plus two circles each month with a month's free trial.

What are the masculine traits you most admire in men? 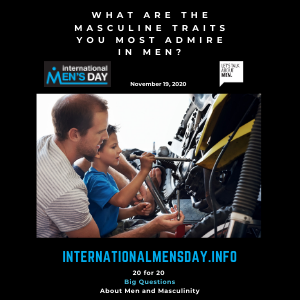